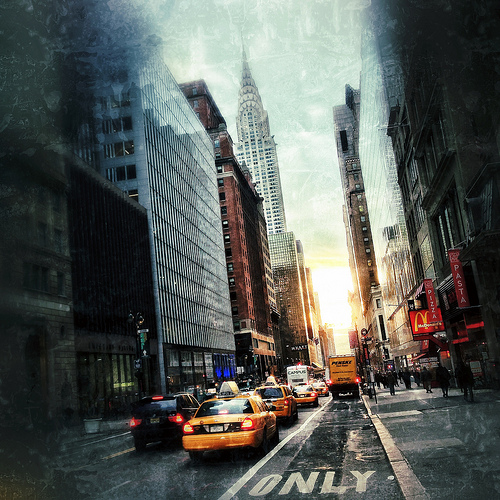 With so much open road and a love affair with both automobiles and exploration, it’s little surprise that the US is the road trip capital of the world. The famous Highway 61 route is perhaps the most iconic American driving trail, but if you want to discover some of the country’s best attractions in one trip then a journey up the east coast is the way to go.

Starting in downtown Miami and running all the way up to the northern tip of Connecticut, Interstate 95 is the main highway along the eastern seaboard, and passes through a number of states including Georgia, North and South Carolina, Virginia, Maryland, Delaware and New York. The best way to get onto the route is to hire a car at Orlando airport and head eastwards to the coast. Then simply point your vehicle northwards and away you go.

To make the most of your trip though you’ll need to do some forward planning, as while I-95 will take you all the way up the Atlantic coast, a few inland detours will be necessary if you want to see some of the major attractions on the route towards New York. In this brief guide we’ll give you a few tips for places that are worth visiting.

Starting out in Orlando, you’ll need to travel east on Florida State Road 50 until you reach the I-95 overpass. Rather than joining the main highway straight away though, we recommend continuing on the SR 405 for a while to pay a visit to the Kennedy Space Centre on the Space Coast. This is NASA’s main discovery centre, containing a huge number of real life rockets, shuttles and other pieces of kit used in the Apollo missions and other intergalactic adventures. It’s also set on a nature reserve, so you’ll have the chance to see a number of tropical animals such as manatees, turtles and alligators.

Once you’ve had your fill of space-related fun, it’s time to turn your attention to exploring your home planet, and joining the I-95 for a trip northwards is the perfect way to do so.

After passing through the state of Georgia you’ll enter South Carolina, where you’ll discover the famous southern American culture at its finest. The great thing about this state is that many of its attractions are located along the coast, so you won’t have to stray too far from your route to see them.

US Highway 17 passes through the beautiful city of Charleston, home to the famous Fort Sumter where the first shots in the American Civil War were fired on April 12th 1861. While the city played a vital role in the conflict, it managed to survive the war with next to no damage to its buildings, and remains one of the best places in the country to see colonial architecture. A stroll or a drive through Charleston’s streets is a truly charming experience and one that will give you a fantastic insight into the history of the South.

Continuing along US 17 you’ll reach the Grand Strand, a 60-mile stretch of beachfront attractions running through towns such as Little River, Atlantic Beach and Myrtle Beach, with a wealth of shops, restaurants, bars and live entertainment venues.

Virginia is home to the Nation’s capital Washington, D.C – an absolute must-see for anyone travelling up the east coast. The city can be easily reached from the I-95 by turning onto the I-395 as you approach from the south, and once you’re in you’ll find the place to be a theme park of American history.

Obvious highlights include a visit to the White House, the Lincoln Memorial and the Washington Monument, although to really get the most out of your time here it’s worth taking a guided walking tour of the city. This being such an influential site in world politics, it would be a shame to leave without having learnt all about its history and culture.

Advice for people traveling with diabetes