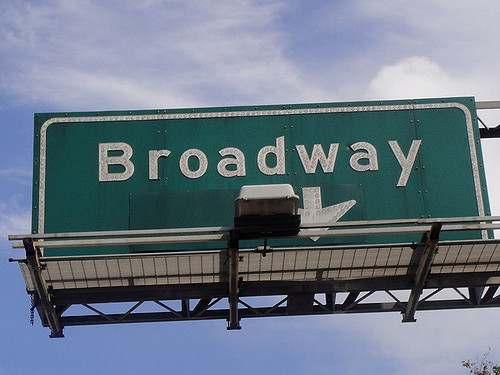 Even if you’ve never been to the great city of New York City, you’ve most likely heard of Broadway, or Broadway Theatre at least a few times. In fact, many thousands of aspiring actors and actresses move to New York City in the hopes of making it big on Broadway. On top of that many more thousands of people venture to New York City to see a play for themselves. If you’re looking into purchasing Broadway tickets for a play or two, you do have the option to buy them online, making it so that you don’t have to wait in line in hopes that there are a few empty seats left.

But what is the world of Broadway really about? Let’s take an inside look into what makes Broadway one of the popular things about not only New York City, but the United States as a whole.

Where are the plays?

Within the city, you’ll find that there are 41 different professional theatres located in the popular Theater District, Lincoln Center and  Midtown Manhattan. You should also note that there are a few theatres across the pond in London’s West End theatre.

Is Broadway really that popular?

You hear about Broadway all the time, but is it a bit overrated? Are the shows really that loved? In a short answer, yes, Broadway really is loved immensely by millions of people. And when we say millions, we mean millions. During the 2015-2016  season, it is calculated that over 13 million tickets were sold with a gross of over 1 billion dollars in profit. These numbers are up from the year before, meaning that plays are becoming even more popular.

What kind of plays and shows can you see?

All in all, you’ll find that there are a large variety of different shows and plays to choose from, which help to make threatre so popular with vast amounts of people. If you’re into musicals, you’ll find plenty of those. If fun, fast moving and fast talking comedies are more your thing, then you’ll find yourself overwhelmed with the amount of choices. The same is true for those seeking dramas and romance.

Some of the more popular shows that you can see are The Lion King, Blue Man Group, Aladdin, Jersey Boys, The Phantom of the Opera and more. If you’re looking for a show that’s kid friendly, you’ll be delighted to find that there are several different Disney on Broadway shows to choose from, making for an exciting night for everyone.

What’s the deal with off-Broadway?

If you can’t make it to New York City, you’ll find that there are off-Broadway tours that visit cities around the United States, making it so that you can easily find one near you. These shows are generally great in their own right, so you shouldn’t find any disappointment in a night out.

The world of Broadway, and even the world outside of it, can be both fun and exhilarating for both the actors and the audience. If you’re looking to see a play for yourself, you’ll find lots of different ones to choose from, making it hard to go wrong.

How Uninformed Homeowners can cause Developers Big Headaches, and What to do About it

Great Activities to do on Your Next Las Vegas Trip