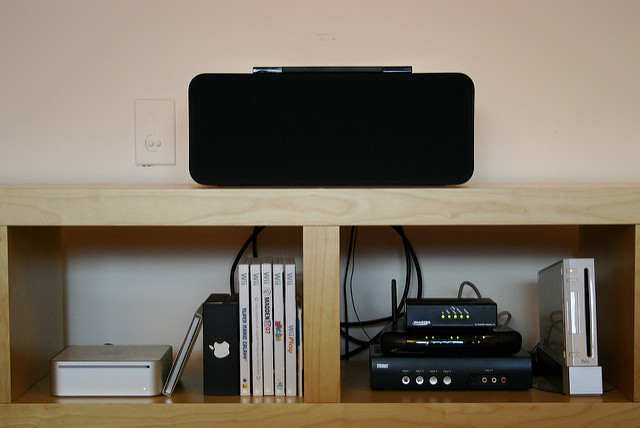 People will always love gadgets and gizmos. After all, it’s the use of tools, and the ability to invent and innovate, that has always given humankind its great advantage over the rest of nature. Some of us may prefer the simple life and resist the progression of new technology, but for the rest of us, the appearance of a new gadget is greeted with joy and curiosity.

A gadget or gizmo may make our lives easier on a practical level, or it may be a luxury item, or just an entertaining novelty. We use gadgets for work, fun, and pleasure; to keep us safe and healthy, to enable us to do more, and to distract and comfort us after a hard day’s work. These are devices that we love to tinker with, to find out what they can do. Arguably, the gadget or gizmo appeals to something deep-rooted in mankind; that is, the urge to adapt and discover, and in so doing influence our immediate environment to our advantage.

The rise of the gizmo

The history of the modern gadget or gizmo can be traced back to immediately after the Second World War. The 1950s brought an abundance of practical labor-saving devices and an explosion in white goods. People aspired to an affluent suburban ideal of owning both a radio and TV set, a telephone, a home shower, and in the kitchen a modern cooker, fridge, freezer, and washing machine. Already implicit in this vision was the promise of a fully automated, connected home that would truly be realized in the 21st century.

The 1960s and 1970s encouraged a desire for novelty that expanded the reach of the gadget from the practical object to the world of home entertainment. Gadgets could be fun and cool. In the 1980s, they became status symbols; think of the oversized and ostentatious cellphones sported by the yuppies of the period, or the way in which the assemblage of the perfect hi-fi stereo system with CD player became almost a competitive sport.

It wasn’t until the late 90s, however, that the gadget really came of age. The widespread availability of digital technology and the internet saw a massive take-up of smartphones, gaming consoles, home computers (and then laptops and tablets), digital TV, radio, and cameras, and so on – the proliferation of modern home technology that we already take for granted. Now with virtual reality and the Internet of Things just around the corner, the future for gadgets and gizmos, particularly in the home entertainment sector, has never seemed brighter.

The internet not only powers many of today’s best gadgets, but it also gives us the means to find and buy them. Sites such as New Easy stock a wide range of both high and low-tech items with a wide appeal that goes far beyond just geeks and gamers.

In most households, home entertainment still revolves largely around the TV or the computer. In the former case, innovations such as Ultra HD and smart tech mean that the humble television is almost unrecognizable from its analog predecessor of just 20-odd years ago. As for the home computer, it’s now commonplace for every member of the household to have their own equivalent, whether it’s the kids watching cartoons and making their own movies with their tablets, dad taking his laptop into the toolshed, or mum surfing the web via her smartphone.

As mentioned earlier, virtual reality seems poised to make a huge impact on the home entertainment world. Now that many of the bugs have been ironed out, workable VR devices will take us into fully immersive created universes beyond our wildest imaginations. Even before that, gamers and film fans will be able to use personal theater headsets to simulate a big screen in the smallest of rooms.

The world of music

Away from the visual, we all still love music, but multi-room streaming systems with ever-more sophisticated speaker setups have transformed the way we listen to it. True gadget-lovers are enjoying the novelty, collectability, and warm, analog sound of returning to vinyl, played via modern hi-tech turntables. However, for most of us, listening to music is now a digital experience, with a vast worldwide library of sounds available at our fingertips.

Gadgets and gizmos will inevitably come and go. Some, such as videotapes, CDs, and landline phones, are superseded by superior technology; others, such as space hoppers, dancing flowers, and lava lamps, were always gimmicky novelty items with a limited lifespan. However, so long as man remains a tool-using technophile, the gadget or gizmo itself will remain and will continue to evolve and thrive.

Get Walking with the Best in Footwear