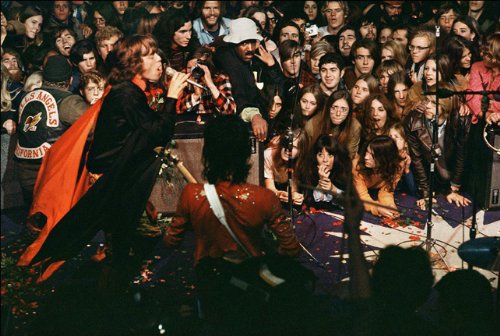 An example of this is the Nirvana set at Reading in 1992. Many critics had dismissed Kurt Cobain as an over-hyped drug addict. However, in a performance that was to prove a pivotal moment for the band, Kurt Cobain proved his critics wrong by delivering an outstanding performance, and just to thumb his nose at his critics he appeared on stage in a wheelchair.

The Big Brother and the Holding Company Monterery Pop Festival of 1967 is another example. This was the moment when Janis Joplin, then the Big Brother front-woman, became a star. Her version of “Ball and Chain” astounded many and ensured that Janis Joplin became a big star.

Hole’s performance at the Reading Festival in 1994 was memorable for different reasons. Coming just a few months after Kurt Cobain’s suicide and the death of their bassist Kristen Pfaff, Hole delivered a set that was brutal and cathartic. Both brilliant and unsettling, the changing of the lyrics of “Asking For It” to reference the tragedies made the set even more compelling.

The Rolling Stones at Altamont in 1969 became famous for all the wrong reasons. The Stones had not played Woodstock, so they organized their own festival. Unfortunately, they chose to use the Hells Angels as security and things went tragically wrong when a Hells Angel stabbed a fan to death.

For those who could not be at the original festival, you can still get a flavor of the event by viewing it on YouTube. For example, YouTube has the top 10 most iconic music festivals, which you can watch on your PC, laptop or mobile device to see just what everyone was talking about. People’s stories about great festivals ensure that these festivals live on in the imagination. Today people can share their experiences through photos, blogs and video images uploaded to websites. Stock Photos by Dreamstime is just one of the ways in which people can share their experiences.

There are still great music festivals around today, such as the South by Southwest festival, which is renowned for uncovering new raw talent as well as showcasing established stars. The Ultra Music Festival held in Miami is America’s most famous EDM festival and is a great place to party. Coachella is held in the middle of the desert in California and has arguably the best lineup of any festival. The location for Sasquatch is almost as big a draw as the festival itself. With a main stage perched on a cliff overlooking a majestic gorge, it makes for some truly memorable experiences.

What makes festivals so exciting is not just the performances, but also the crowd and the location. There is nothing quite like being at the event.

For the Love of Music
Bands Concerts Music music festivals

What to do in New Orleans this summer