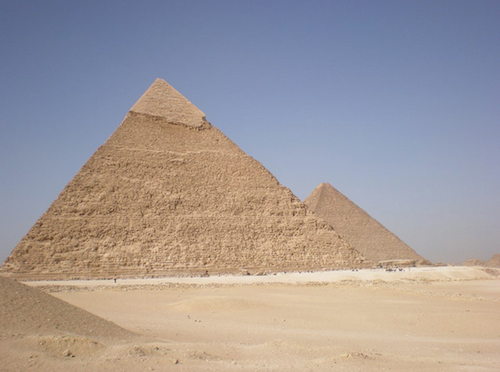 It seems that with the evolution of technology and the ability to express yourself on various public social media, blogs and other online sites, younger generations are becoming more outspoken and influential.

This ability to influence people to hitherto unknown information on a mass scale has been used to great effect in Middle Eastern countries like Egypt. A country where the deep rooted, conservative older generation, and the unspoken influence of the supposedly banned Muslim Brotherhood, means there’s still an overwhelming bias control over the availability of certain facets of modern Egyptian life.

But there’s a new emerging trendy scene among the younger generation of Egyptians that’s starting to make noise, quite literally.

After the 2011 uprising and the easing of social control, Egypt’s underground music scene is fast becoming the breakout sensation of the year

However it’s plagued by problems. The majority of musicians can’t currently depend on it as a source of steady income. There’s a lot of competition amongst other musicians and worst of all is the lack of venues to play at.

Currently there are only two major venues in the country that promote independent artists they are the Cairo Jazz Club and the Sawy Culture Wheel in Cairo.

There are a number of smaller places, but they don’t draw enough of a crowd for an artist to truly breakout as a star. This lack of support or the ability to even just play at a venue is found to be frustrating to a large number of musicians.

Artists like Hany Mustafa, who tries to perform regularly with his rock band believes that nobody seriously considers supporting the underground music scene, saying: “We do not have venues, there are no venues, we are kidding ourselves.  Any investor could make a lot of money out of this gap in the marker; musicians are puzzled by the lack of investment and financial support.”

But it’s not just musicians that are starting to gain traction; it’s also becoming more socially acceptable for Egyptian residents to gamble their earnings away online.

Currently (at time of writing), It’s only legal for holders of foreign passports to gamble in government sanctioned casinos, and hotels that are authorised to have slot machines.

But there are still a lot of unsanctioned online casino websites that residents can access. This shows that although there is still an amount of control over what Egyptians can do, the ability for the older generations to dictate what can and can’t be done is slowly disintegrating.

This is especially obvious after the events of 2011’s “Arab Spring”, whereby certain parts of the Middle East are now starting to westernize themselves and their culture.

The carminative effect of those events with the recent growth in acceptable social etiquette like the underground music scene and the rise in the online gambling sector means that, Egypt is rapidly joining the modern world as a place of creativity and entertainment.

If you’re interested, there’s more information about online Egyptian casinos that are available at www.casinomumtaz.com.